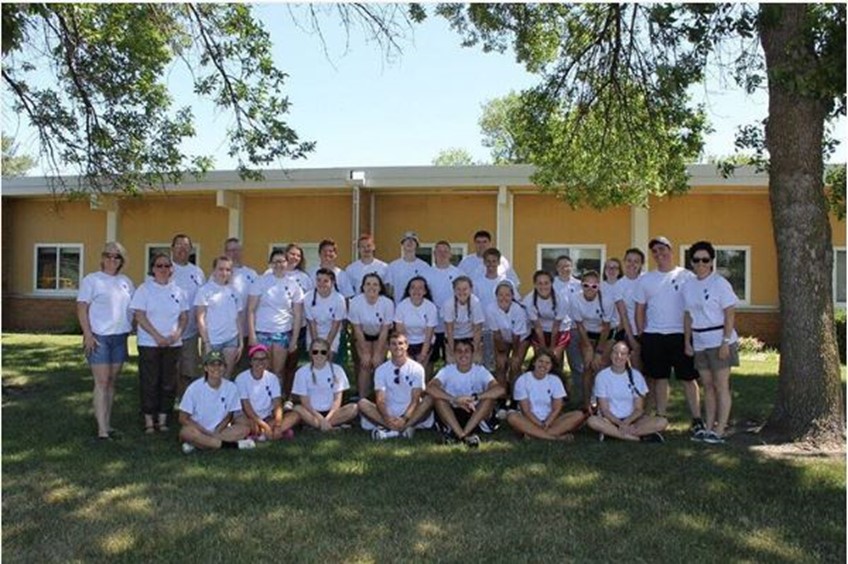 Grateful for Workcamps in Herman, MN

This week I had the pleasure of traveling to the Workcamp in Herman, Minnesota to with the greatest group of people I've ever known to work on and repair people's houses.

The week started off rough; I was constantly comparing everything that was happening to last year's mission trip in Maryland. By about the third day I stopped comparing and focused on the good things about being done in Herman. I'm so glad I did because I realized that this trip was amazing for its own reasons, if not even better than last year's.

Not only did I grow in my faith, I met tons of new people and even strengthened bonds with old friends. I got to see how grateful the small community of Herman was for us being there. They constantly showered us with love and gratitude, and that really opened my eyes up and made me realize how thankful I am for getting to serve in such a great community with an awesome crew and an amazing resident. It also made me really think about how thankful I am for everything that I already have.

Doing God's work in Herman will forever leave a lasting impact on me, and I'm so glad I had the chance to go there!